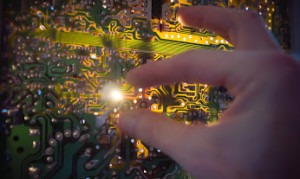 Rumors are flying about Windows 9 and the anticipated release date. At this time, it’s looking like Q2 or Q3 of 2015. Here are a few fairly reliable forecasts from information seeping out of Microsoft development labs plus a few of my wish list items.

Microsoft is trying to recover from the public’s aversion to the Windows 8 tiled user (Metro) interface. Some leaked images of what may be to come indicates Windows 9 is likely to return the highly missed “Start menu” as shown below.

Another Window 8 issue predicted to be rectified by the Windows 9 Threshold release is the hidden elements (Charms Bar). This feature works fine on touch screen laptops and other devices, but is extremely irritating if you use a mouse, keyboard, and a regular monitor. Since most businesses’ staff are still mouse-and-keyboard users, this make a whole lot of sense. After all, especially for small businesses it takes a few years for them to upgrade hardware plus few want to take the hit of productivity that learning new methods requires. As an aside, not one of my current clients allows me to HINT at them using Windows 8 on any business machines so far. Maybe Windows 9 will win them back.

It is my hope that they will also improve the ability to open Metro Apps inside traditional desktop windows, instead of taking up the entire screen as they do now. And, of course, a way to close and open metro apps other than using the “Alt-F4” command that still works from the Windows 3.1 days.

Bring Back Backup Capabilities of Windows 7

Another wish, while we’re making lists, is the ability to do backups as done in Windows 7 . In Windows 7 Pro, you could specify what folders you wanted to backup and it retained a system image. This gave you the ability to restore your image to different computer if you had a major hardware failure. The system image facility is still in Windows 8, but it is buried so far down it is almost impossible to use. It creates huge image files so you must have plenty of disk space available. The file backup ability in Windows 8 doesn’t really give you any control over what’s backed up or how often. Fingers crossed Windows 9 brings back the usability backups. Though most users will never set this up, primarily because they don’t know it exists, its return in Windows 9 might get some attention in the press giving Windows users information about a handy feature. But, this is just on my wish list at the moment with no hints about the possibilities coming out of Microsoft.

Hopefully we’ll get better support for high DPI monitors also as my wife’s Win8 laptop at 1920×1080 resolution is microscopic. I certainly can’t use it at that resolution and when you go away from the native resolution of your monitor, the graphics start looking awful.

Maybe Microsoft will address the current size of their operating system this time, also. 30gb is pretty large for some older laptops to even think of installing it. True, much of the bloat is for backwards compatibility, but I have a Windows 7 machine currently with almost 30gb in the sxs (side by side) folder.

So it looks like when you go to buy a new business computer next year, you will face the usual Microsoft predicament…stick with the old, reliable Win7 platform or bite the bullet and go with whatever is out there be it Win8 or the new Win9. I rarely advise buying new hardware, then installing a 5- or 6-year-old operating system or any older, perhaps obsolete software. Of course, subscription-based software is a different matter and sometimes, using old software just cannot be avoided. Case in point, older versions of Adobe’s Creative Suite (CS) are still available and should be for quite some time. I can still buy the antique CS3 if I look hard enough.

I personally am looking forward to Microsoft’s new Threshold release as long as they don’t go to a Windows 365 type model which resides in the Cloud. Seems like a good idea on the surface to be able to access your system from any compatible device, but think about it long and hard before handing over all your digital assets into Microsoft’s world. Here’s some recent news about the development of Windows 365 . If Microsoft moves toward the cloud rather than device-based operating systems, it could be the end of Windows as we know it. Hello, Ubuntu and Open Office!